Writer, Star, and EP of "Trying": How it Started

What an exciting six months it has been!

After Sam was cast in a pilot at the end of 2020, her year was looking prosperous. Though come 2021, production plans fell through and Sam found herself without a summer project. So, in true Labrecque fashion, she decided to take matters into her own hands.

In February, Sam launched her own production company SamSkape Productions Inc. After years of being terrified of the prospect of writing, she took the leap and wrote her first-ever script Trying, a 12-page short film following a day in the life of Meg, a millennial painter with ADHD. For months she poured herself into research and worked with ADHD and script consultants to create a story filled with humor, heart, and humanity while bringing visibility to women in the ADHD community.

In June, Sam set out to produce the film. She built a Seed&Spark crowdfunding campaign to fund her vision, and from the unparalleled generosity of her friends and family, raised $14,000 to create the film. From June - July, she did not sleep.

At the same time, she built her Trying Team and went straight into pre-production. Now with her producer Nicole and director Jess by her side, after endless emails, posts, phone and Zoom calls, they secured a 20-person all-female production team and an 8-person cast to bring Trying to life.

On July 22nd, the crowdfunding campaign ended, the same day that shooting began. For two and a half days (a half more day than originally anticipated) the Trying Team braved the heat and shot the film. With multiple locations, cameras, and green blazers, the Team pulled through and officially wrapped Trying.

For behind the scenes looks and to find out what's next for Trying, follow along on Instagram and Seed&Spark!

Want to be the first to know about new projects that Sam's working on through her company SamSkape Productions (including Trying...

Sam had an impromptu reunion with pianist and accompanist extraordinaire Richard Berent at a show tunes open mic in LA. Richard served as...

Sam's been shooting projects with friends coming soon. She's also got some things cooking on the writing side...stay tuned for updates! 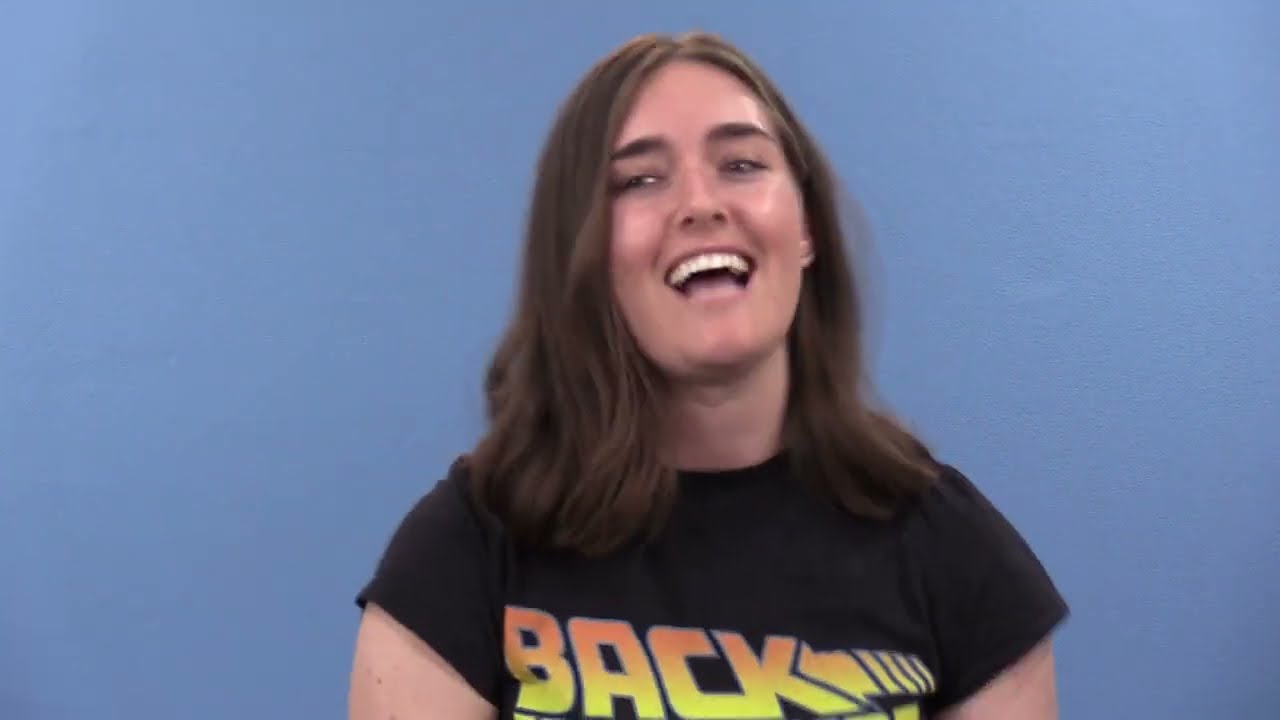 Sam won a bottle of antacids for nailing a comedy scene out of her class at Scott Sedita Studios. Check out some of her work from her...

Sam is collaborating with many up-and-coming photographers shooting on medium format film and for gallery pieces. Stay tuned for the...

Exciting news! Trying has been selected to screen at the TCL Chinese Theatre this fall in Hollywood, CA as part of the HollyShorts...

I mean it was just a mic, but, you know. Sam has decided to leap into the world of stand-up comedy and made her open mic debut at The...

Behind the Scenes of "The Offer"

Sam had a blast on the set of The Offer streaming on Paramount + playing a hair & make-up artist on the fictional set of The Godfather....

The "Trying" trailer is here! Stay tuned for the film's premiere as it make its way through the film festival circuit. Watch it here:...

After months of writing, shooting, and post-production, Sam was ecstatic to finally share her film "Trying" with the cast and crew at AMC...

Sam is ecstatic to share that her production company SamSkape Productions' debut film "Trying" will screen for cast and crew members on...

Crimson Lit is a Hit!

Showing on October 20th & 24th at the Chance Theater, Sam returns to the stage to screlt alongside her castmates in "Crimson Lit: Scarlet...

Sam is ecstatic to return to her theatre roots and join the cast of the staged reading of Crimson Lit: Scarlet Letter Setlist, a new...

After working with a coach, wardrobe consultant, hair and makeup artist, and photographer, Samantha is so happy to share her new...

After 20 years in acting, 10 in the film industry, and 4 years of being eligible, Samantha has finally taken the leap and joined...

Interview on Chat with Dan Podcast

Samantha is so excited to be interviewed as a guest on the Chat with Dan Podcast, now available on Spotify. Her and host Dan Zemsta...

Writer, Star, and EP of "Trying": How it Started

What an exciting six months it has been! After Sam was cast in a pilot at the end of 2020, her year was looking prosperous. Though come...

Samantha is ecstatic to share that she'll be writing, starring, and executive producing the dramedy short film "Trying" this fall....

Samantha was recently interviewed by Shoutout LA, announcing that she'll be starring in and producing her first short film with her...

Empowering Yourself as an Artist Fundraiser

Samantha hosts "Empowering Yourself as an Artist" fundraiser Q&A event with Jenae Thompson! All funds go to supporting our unhoused...

She's a CEO! Samantha is thrilled to finally be sharing that she is now the CEO and proud owner of her own production company SamSkape...

Samantha is ecstatic to be hosting a Q&A for beginner actors and aspiring full-time creatives in collaboration with SayQuoi Entertainment...

Samantha wrapped shooting on a movie musical this week as a featured dancer. Check out some fave costumes from the shoot:

Samantha is ecstatic to be extending her representation with Sovereign Talent Group to theatrical (alongside commercial) representation...

This past weekend, Samantha recorded vocals for the soundtrack of the upcoming movie musical she's a part of. Socially distant 3-part...

Samantha is ecstatic to join the cast of the pilot for a new comedy series as a series regular shooting in 2021. Stay tuned for news!

Samantha can be seen as AA leader Jess in the feature film "818" now available on Amazon Prime. Check it out here.

Samantha is excited to join the cast of movie musical as a dancer shooting in 2021. As a self-proclaimed "actor first," this is a very...

"Buried in the Backyard" EP314 Premiere

Samantha can be seen side-by-side with real Janet Dennis as the episode "In the Dark of Night" premiered on Oxygen Channel. Samantha is...

"Buried in the Backyard" S3E14 Promo

Samantha has been cast in a smart lock commercial as none other than "lovable suburban mom". Fake family on set pictured below. Keep an...

Samantha has been cast in internationally acclaimed "Psychocide" band's upcoming video series. Check out Psychocide music at the band's...

Samantha had a blast shooting a commercial series for Service Champions in NorCal. Check out available clips here:

"Starfish" is on the news! Check out the interview with Free to Thrive president Jamie Beck on Good Morning San Diego promoting the film,...

"Starfish" will be premiering virtually online through the nonprofit Free to Thrive's website, along with speakers and musical guests....

"Starfish" follows the story of a human trafficking survivor on her path from exploitation to freedom. Check out the trailer for the...

Samantha put her greatly sought-after improv skills to use in NorCal for a commercial shoot over the weekend. She's now considering...

When it rains, it pours! Samantha has been cast as the title character for a popular crime-doc TV show. Stay tuned for the episode...

Samantha is ecstatic to be starring in the short film "Starfish" as real-life attorney Grace in collaboration with the nonprofit Free to...

Samantha had a blast sharing her story with Voyage LA about being an actor in LA and the weird stuff that happens when pursuing a career...

Samantha is ecstatic to have been part of a pre-recorded Zoom reading of new musical "Bucket of Blood" premiering on June 22, 2020 at 7PM...

Samantha is keeping herself busy in lock-down creating sketches she "didn't have the time for" before having all the time in the world....

Samantha is excited to have been asked to sing in the Chance-a-Thon fudraiser concert singing songs from "Waitress," "Addams Family," and...

She's a girl with a dog - on a webseries! Check out new comedy series Max & Mandy, with a special cameo in Episode 2.